The self-management of housing by and for residents.

An alternative for those who have been excluded from or priced out of housing available through the market and profit-driven developers.

The production and management of high-quality, beautiful, and secure housing.

Based on the principles of:

Why is self-management a better alternative to for-profit housing?

The market has failed to provide adequate housing for a huge portion of the population:

1 in 5 households have inadequate housing.1

An estimated 48 million of Brazil’s population, or close to 25%, live in inadequate housing or lack housing altogether (2017).

3.1 million Brazilian families are spending more than 30% of their incomes on rent (Fundação João Pinheiro, 2015).4

Historically, 80% of the housing deficit is concentrated in the lowest income bracket, which includes families earning up to three minimum wages per month (or approximately less than $580 per month). The private sector is unable to provide affordable and adequate housing for low-income families.  Developers produce housing for profit, maximizing their profit with higher income sectors. In order to make a profit-producing affordable housing for the lowest-income sectors, a developer will build at large scale and with lower-quality materials. As a result, the working class is forced into informal and inadequate conditions.

Landlord ownership is common in Brazil:

1% of the population owns 45% of all land in Brazil, or effectively all registered private property.5

Land concentration is also a major issue in São Paulo, where 1% of landlords own 45% of real estate in the city.6

Learn more about the issue here.

Self-management shields affordable and adequate housing developments from the profit-motivated market and ensures that this housing stock will remain permanently affordable, providing security and peace of mind for its residents.

Housing produced via self-management is often two- to three-times more affordable than market-rate housing and leads to higher quality housing.

Self-management is not an unattainable dream, but a proven solution. 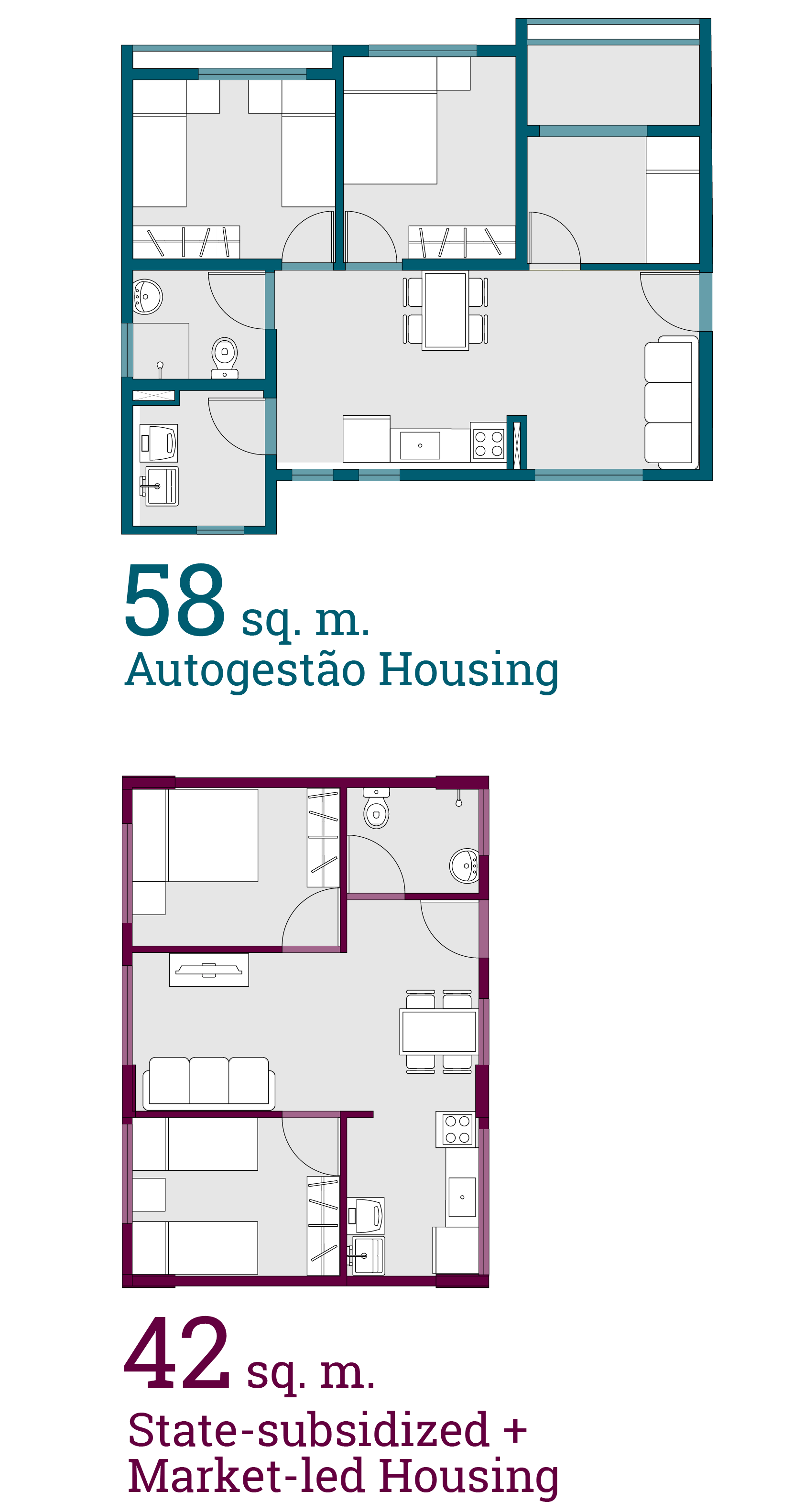 Since 1989, UNMP alone has produced 30,000 housing units. In total, associations have built over 100 thousand units via self-management, which remain desirable places to live.7

Design is suited to the needs of residents: unit layouts, materials, and design are all produced through resident-led processes.

Who can benefit from self management? 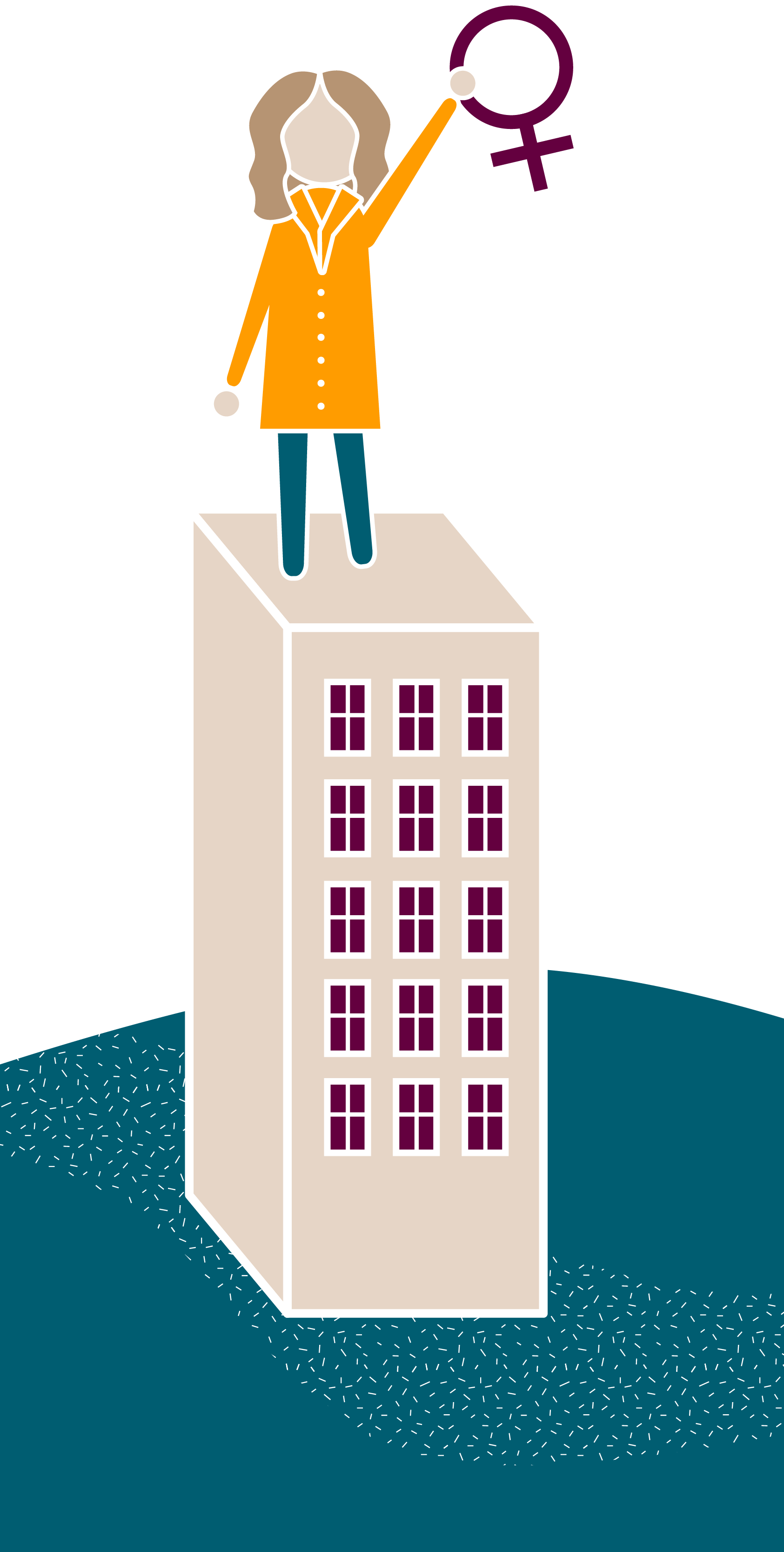 UNMP provides support to associations that want to build housing projects through a methodology of self-management, which has been effective in delivering high-quality, affordable homes for over three decades.

The methodology of self-management includes a system of suggested resident-run commissions and a joint system for participation.

This methodology has proven to institute fairness, empowerment, and efficiency in the process of producing zero- to low-income housing.

Women have taken leadership roles in self-management— they form 80% of the movement, representing their households in housing via self-management and providing intergenerational housing security, as children often take over their parents’ units.

How does it work?

Self-management housing is made possible through an interdependent tripod of services. When one element is missing, the triangle is unable to stand.

Financial and programmatic support from the government through programs like Minha Casa Minha Vida, Entidades (MCMV-E) were important, but permanent programs must be established– UNMP’s proposed legislation would do just that.

Technical expertise through social architecture firms such as Ambiente Arquitetura and Usina-CTAH and Peabiru.

UNMP is working hard to make self-management more stable and widespread by drafting legislation that would enable and fund autogestãoproduced housing at the national level– and UNMP wants to hear from you! Explore the website to view and comment on the legislation!

UNMP is leading self-management-produced housing across Brazil, with 15 member organizations in 16 Brazilian states.

UNMP needs your help! Review and comment on the bill, and please spread the word! The movement is strongest in numbers.

Autogestão is providing real solutions to the nation’s housing crisis NOW, and you can get involved!